Today’s print is FLOWALISTIK’s nicely stylized Low-Poly Pikachu model from Thingiverse. The design of this model is great, and just like the ones we printed on Day 282, FLOWALISTIC made very nice choices for the few polygons in the model. We wanted a very small model so we printed it at half size. It’s adorable. Pika pi! 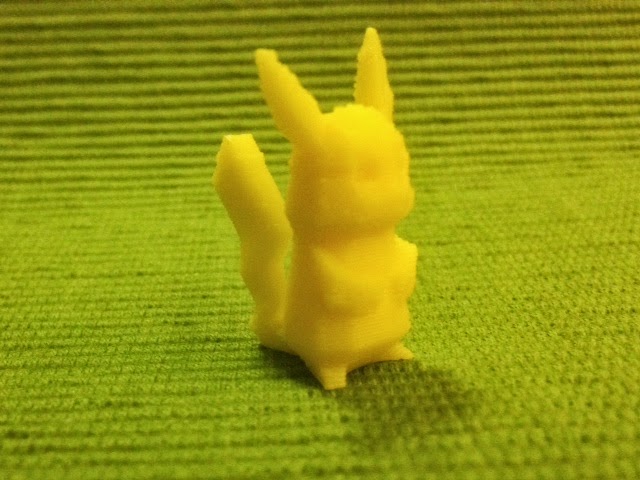 Settings: This model was printed with our loaner Afinia H-Series printer at 50% scale, in beautiful ABS yellow!

Technical notes, remeshing flavor: Because everything I do is a total hack, it took me the better part of an afternoon to strengthen this tail. Here is a before-and-after shot with the original FLOWALISTIK model on the left and my strong-tail hack on the right: 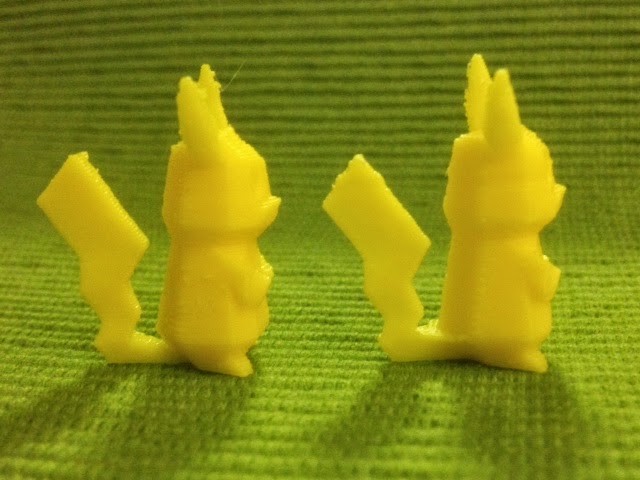 I tried to take the easy way out and add a block or wedge to the tail using Tinkercad, but I couldn’t seem to do that without it looking weird, so I decided to go the infinitely more complicated MeshLab/TopMod route. In MeshLab it turned out that all the normals were inside-out (not that that had anything to do with the tail problem): 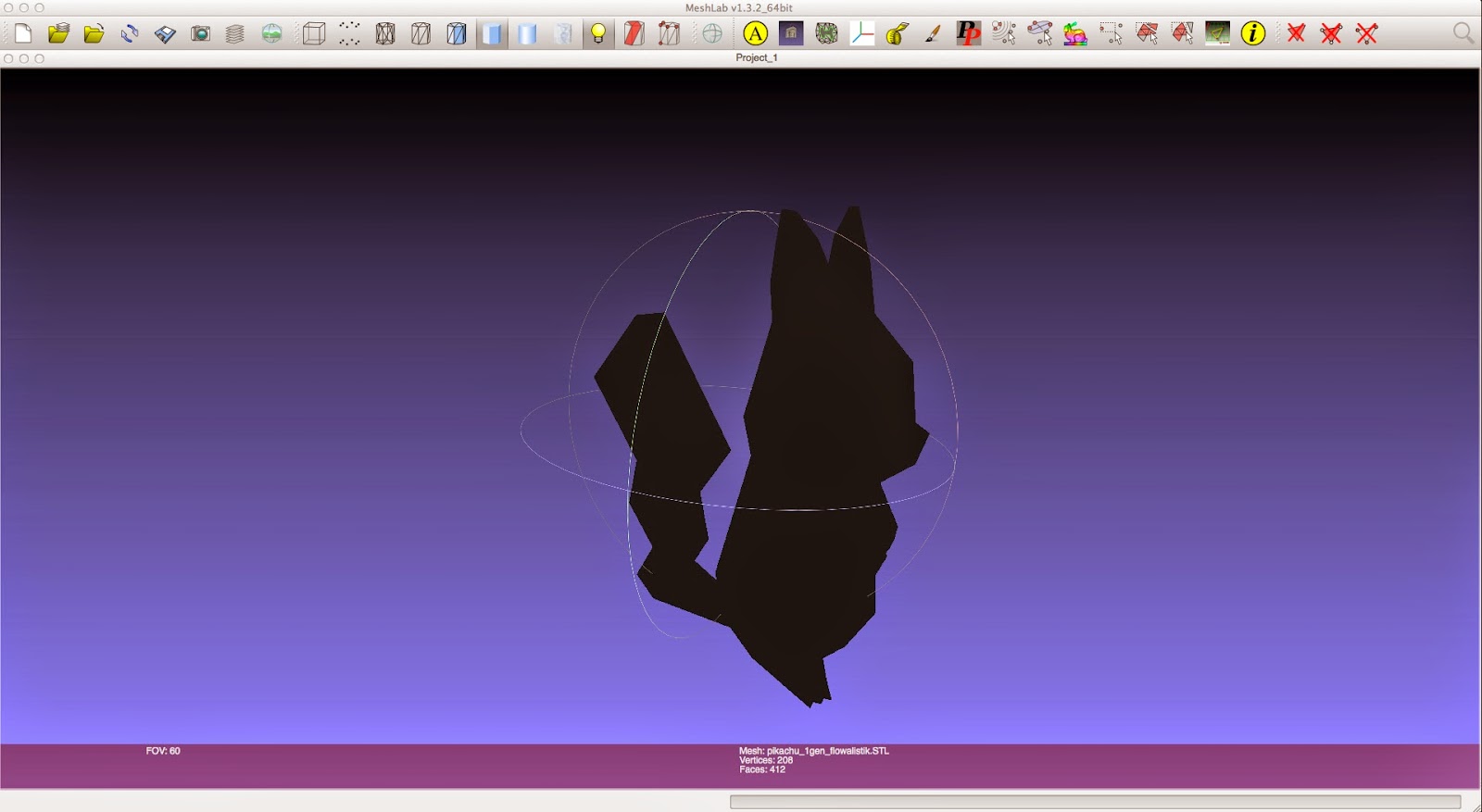 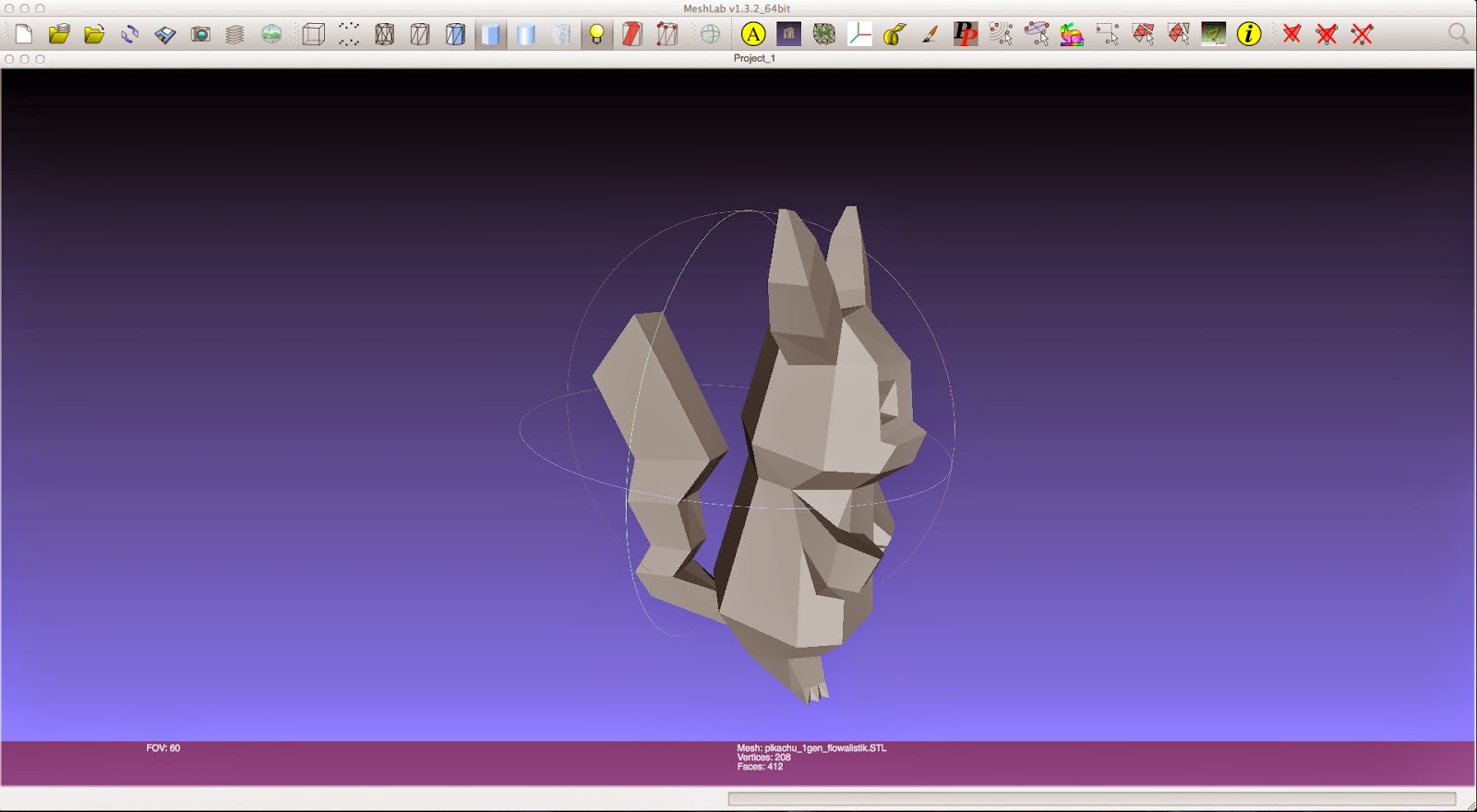 Then I exported the model as an OBJ so that I could load it into TopMod. Using the “Connect Edges Mode” I selected face-edge pairs to connect in a symmetric way around the tail. In the picture below, the three triangles you see at the join of the tail are what I added to the model: 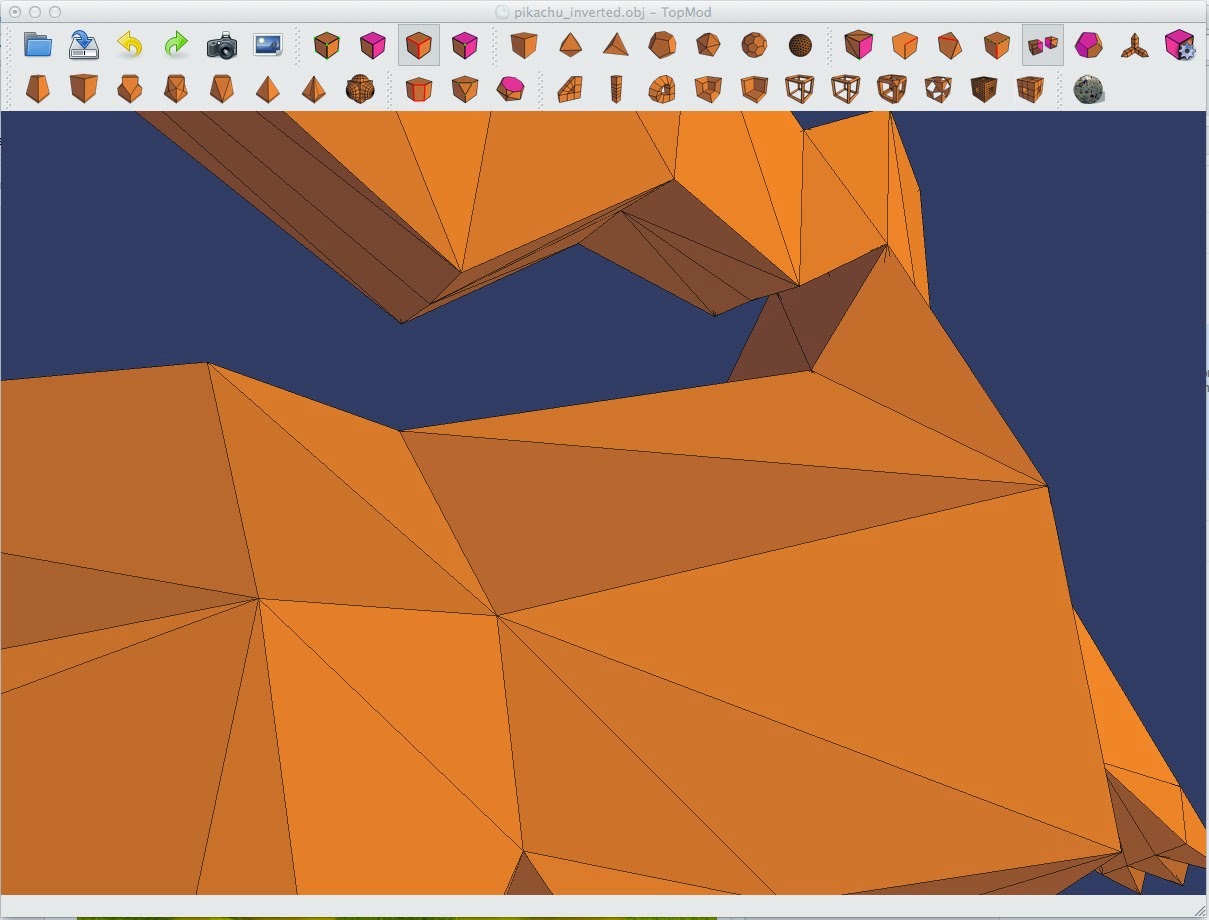 That sounded really easy when I just typed that but it took me a long time to figure out how to make that work in TopMod, and along the way I tried a lot of other things that failed miserably. In fact, even this was a sort of failure, because adding those three triangles caused some nasty non-manifold problems. I exported from TopMod and imported back into MeshLab so I could run “Remove Faces from Non-Manifold Edges” and a bunch of other stuff from the “Cleaning and Repairing” menu (see Day 148, for example). Even after that, something was still crazy and the model wouldn’t slice right, so I went to my last resort strategy and imported the model to Tinkercad, in the hopes that re-exporting the model would magically fix the problem. AND IT DID, thank goodness.

Those of you with actual skills out there, please don’t laugh at my stumbling through the dark. Sometimes I think the whole point of this blog is to show that you can muddle through most things even if you have no idea what you’re doing, as long as you keep plugging along. Follow me, I have no idea what I’m doing! On the other hand, if you know what you are doing then feel free to leave a comment so I can be smarter about this next time… 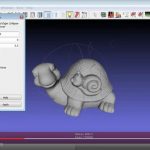