Today is our largest Catalan print so far, with a diameter of over 120 millimeters – about the size of a very large grapefruit. One cool thing about this model is if you look only at the large 10-degree vertices you see the points of an icosahedron, while if you look at the pentagons surrounding those vertices you see the faces of a dodecahedron. In addition, you can see the rhombuses (rhombi?) of its Kleetope, the Rhombic Triacontahedron, and find 4-, 6-, and 10-degree vertices corresponding the the 4-, 6-, and 10-sided faces of its dual, the Truncated Icosidodecahedron. 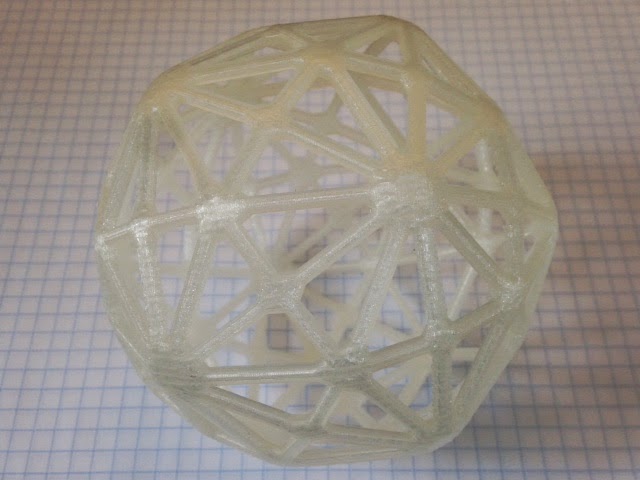 Settings: MakerWare custom profile described in Day 194, on a Replicator 2, with sizing using the method from Day 195.

Technical notes, support flavor: Near the beginning of this series of Catalan solids, I worried that I’d be spending too much time on one type of model, and that things would get boring. But kind of the opposite has happened, I think: because we are printing the same sorts of things every day, we can take time in these posts to describe more of the math, design, and technical things that go into the prints. For example, we’ve barely talked about support – except of course to mention that we’re using the support profile we made for knots and Catalan solids, described on Day 194. But how much support is that? How much cleanup is required for these models? Because this model is very large and has particularly small, thin, triangular openings, it is a good worst-case scenario to explore. So we took some pictures along the way this time…

As you can see in the picture below, we chose to print the model on one of its large, high-degree vertices. We previewed the slicing in this orientation and in the “flat on one face” orientation, and this one took less support, plastic, and time. I think it is because the edges coming up from the large vertex are at a significant angle, while the edges that extend around a triangle face are much more horizontal and therefore would need more support. In the picture you can see that support towers are being built to hold up the top edges of the model, but that the lower edges themselves do not need much support. 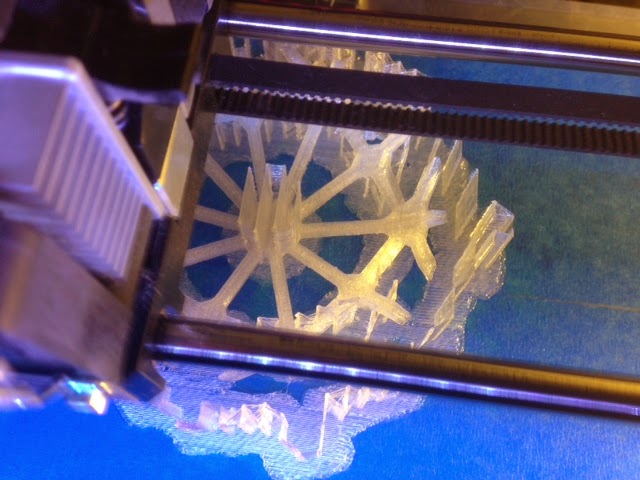 In the next picture we see the finished model, with thin support towers up to the top: 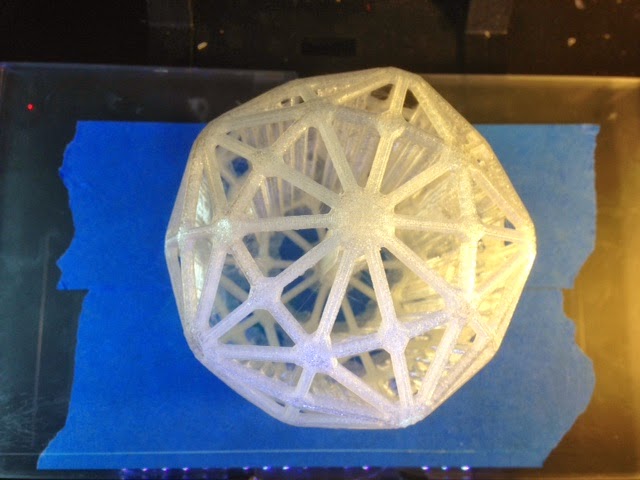 From the front we see the thin curtains of support towers that are hiding under the edges: 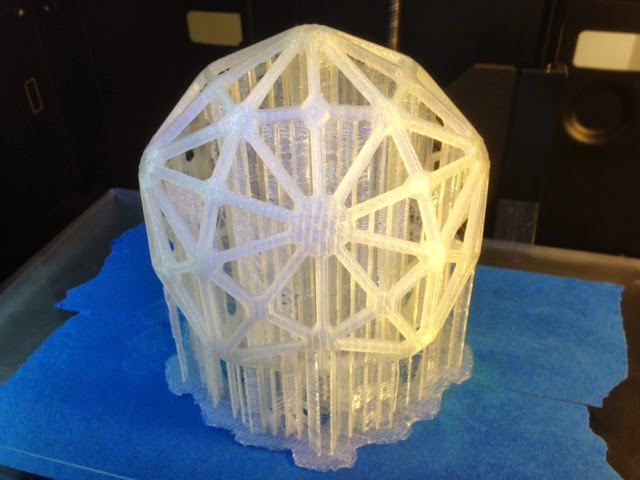 Removing the support is not that difficult, because the support is very thin and also not that securely attached to the model. It took me just under five minutes to remove the support from this large model, by snipping to break the support and then pulling it out from the holes. The cleaned-up model weighed in at 45 grams, and the pile of support weighed only 37 grams. 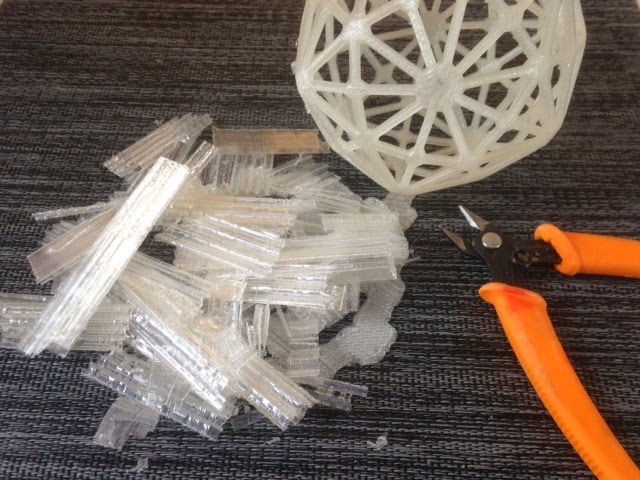