I have a special place in my heart for tessellating pentagons because of the late, legendary Paul Sally at the University of Chicago. While I was an undergraduate at Chicago I had very little money and needed all the extra work I could get. Sally was kind enough to hire me for small jobs whenever he could, and one of the jobs he gave me was to measure, cut, and arrange paper models of various types of tessellating pentagons. I was terrible at this job; the smallest errors in angle or cut would magnify as they propagated through the tiling. One other time Sally hired me to clean every individual leaf of a large tree he kept in his office with a tiny spray bottle. I totally rocked that job.

So in honor of Paul Sally, here is a pentagonal tiling where all of the 3D-printed pieces are perfect and everything actually works: 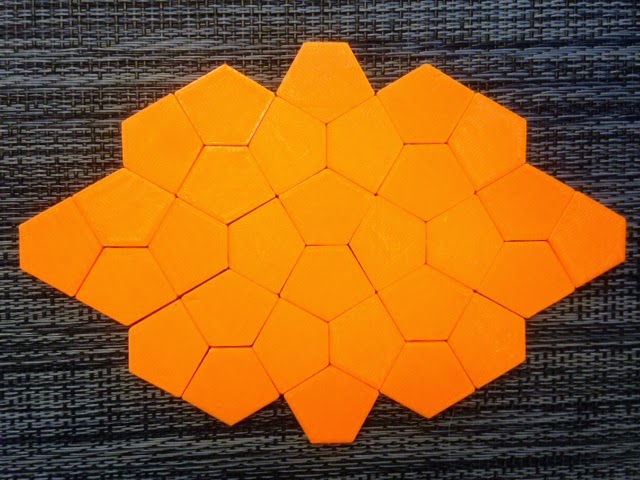 Those were the “Cairo” pentagons. Here’s a tiling with the “prismatic” pentagons: 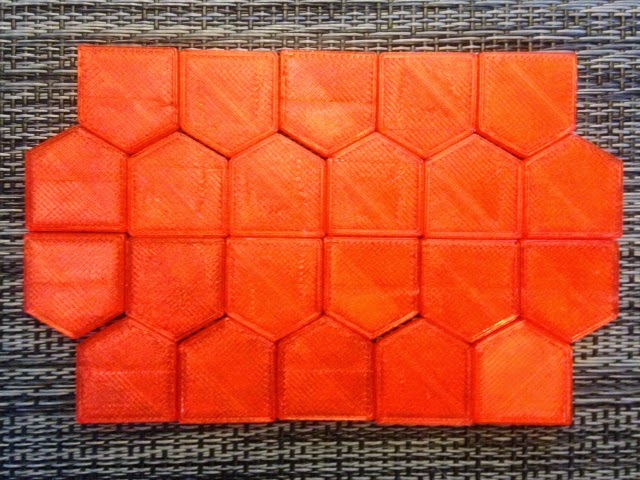 And here is one that uses a combination of Cairo and prismatic pentagons: 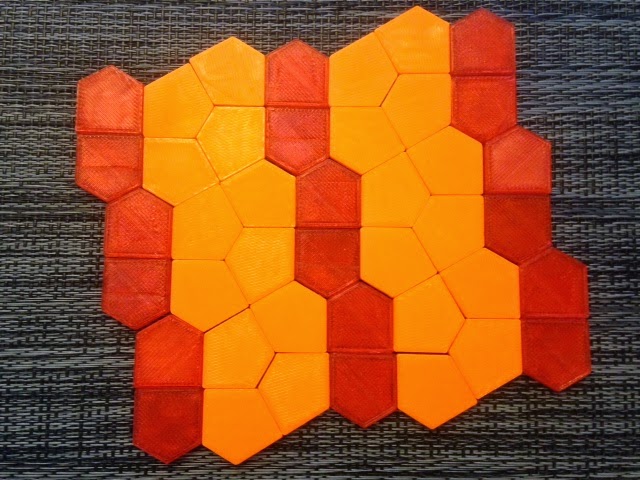 Settings: Printed on a MakerBot Replicator 2 on .3mm/low resolution.

Technical notes, math flavor: These three pictures are copies of the first tilings shown in the beautiful paper Isoparametric pentagonal tilings that Frank Morgan and his students published in the Notices of the AMS in 2012. In that paper the picture of the third tiling above looks a lot different because different colors are used for adjacent pentagons: 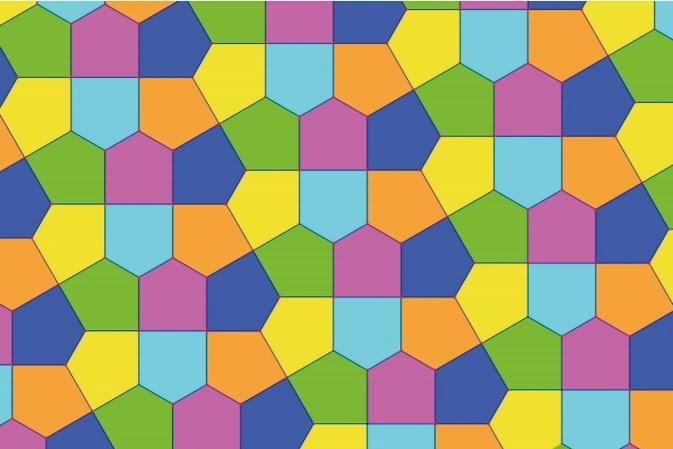 The colors in that figure show off some beautiful structures in the tiling, but I think I prefer the simpler homogenous coloring that arises from the 3D-printed tiles, where it is easy to see at a glance which of the tiles are Cairo and which are prismatic. In their Notices paper, Morgan and students illustrate many other types of Cairo-prismatic tilings, many of which are nonperiodic, for example the following famous nonperiodic Cairo-prismatic tiling discovered by amateur mathematician Marjorie Rice: 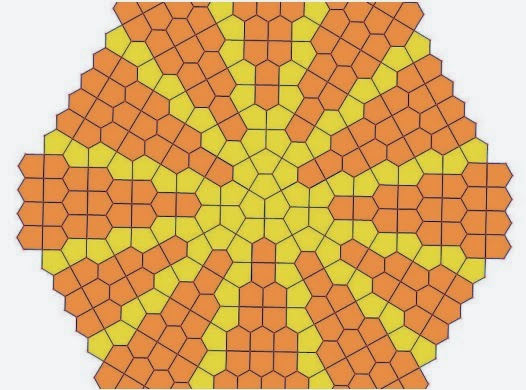 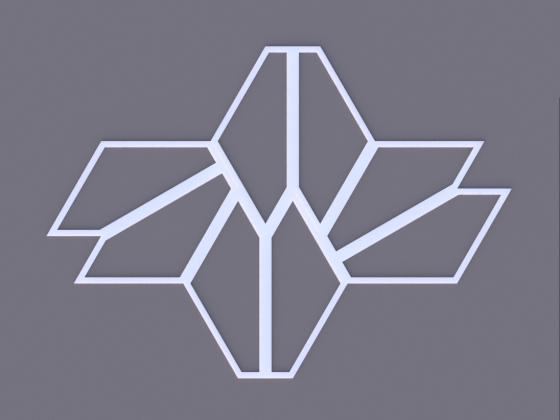