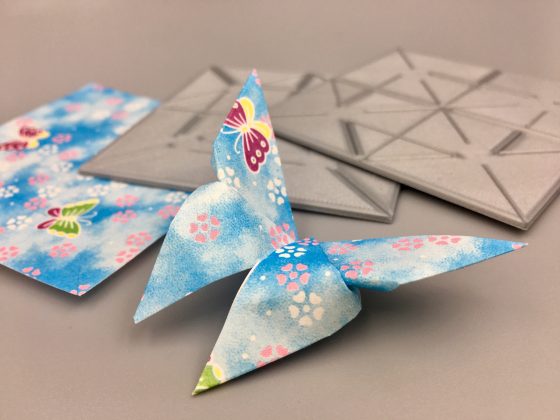 Our second origami press is a helper for folding a beautiful and elegant butterfly model designed by Akira Yoshizawa. One of the final folds of this butterfly model pulls the paper together past its natural fold line, which is what creates the organic, curvy shape of the finished model. This press enables the folder to make this crucial fold very cleanly and thus produces a more reliable butterfly model… 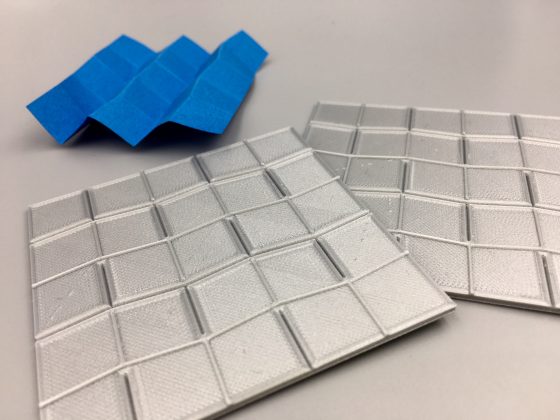 This weekend we’ll be headed to the MOVES 2019 Conference in NYC at MoMath, organized by mathematicians Josh Laison and Robert Vallin.  This year, MOVES is origami-themed and features keynotes by Erik Demaine and Robert Lang. In honor of the occasion we’ve decided to design 3D printed “origami presses” that push crease patterns into origami paper… 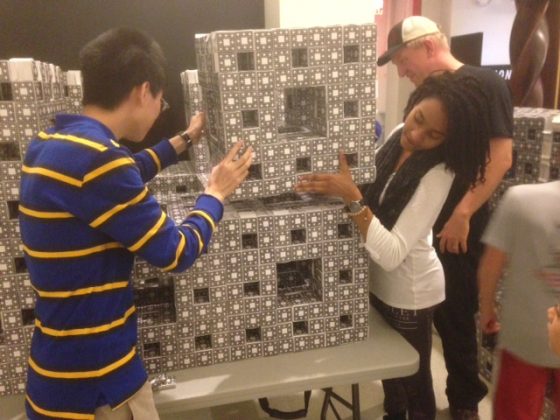 The NYC Level 3 MegaMenger sponge at MoMath is done! That makes us one of 11 locations so far that have finished a Level 3 Menger sponge as part of the worldwide MegaMenger project. At the moment at least 10 additional Level 3 sites are still in progress, as well as numerous completed Level 1 and 2 sites, which puts the project at 77.4 percent complete… // Hacktastic 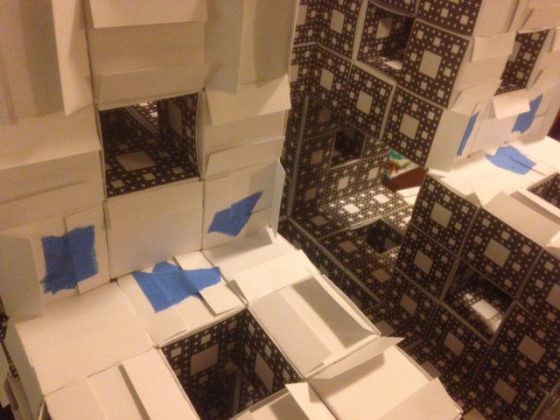 Tape. It is not allowed. Origami models are traditionally made with one piece of paper (Robert Lang has some amazing examples) that is only folded – never glued, taped, or cut. Modular origami follows the same rules – no glue, tape, or cutting – but allows multiple pieces of paper (Tokomo Fuse makes beautiful modular designs). But guess what, I’m not Tokomo Fuse or Robert Lang, and neither are you… // Hacktastic 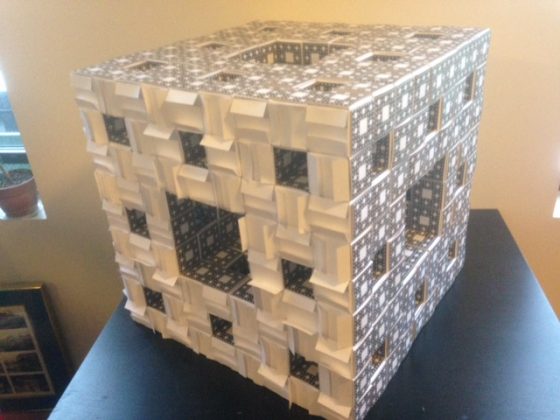 Time to level up! There are many ways to assemble a Level 2 from Level 1’s. One way is to use more general forms of tripods; this is what Jeannine Mosely’s Level 3 sponge project did. We need something quicker, more accessible, easier for everyone working on the project, and that really shows off fractalness. The idea we have may or may not work, but either way this has “hacktastic” written all over it… // Hacktastic 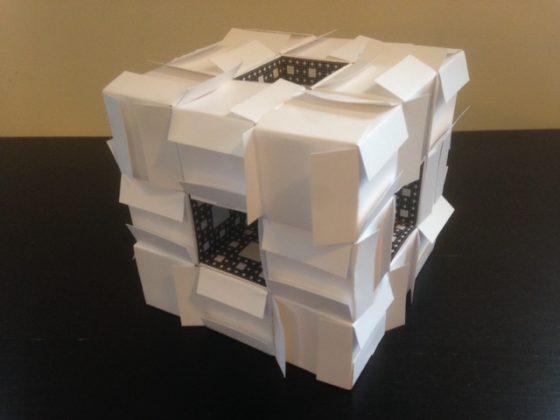 Today we continue our step-by-step walkthrough of building a Level 4 Menger cube out of business cards. If you want to join the fun then sign up now at www.megamenger.com. You can help with an official Level 3 build site, contribute a Level 2, be your own Level 2 mini-site, or even take part as a Level 1 micro-site. Things get interesting when you attach the cubes together… // Hacktastic

Today’s post is contributed by Austin Day, aka AuntDaisy on Thingiverse, from Aunt Daisy Scientific Ltd., UK. AuntDaisy is the designer of the Trilobite articulatum model that we printed on Day…

Today we continue our series of posts investigating how we can get the most out of a MakerBot Replicator Mini. As its name implies, it’s not a large printer and…